Over the years, a great rivalry has taken place among Abbott’s long-time customers… to WIN the distinction of being the first customer of the season! Here are past winning customers! Jim and Pat left their home in Northvale, NJ at 5am opening day to win the race! When asked if it was worth it Pat answered, “Look at our faces! We had a ball and the food was delicious too!” Was in town for work–related business, and came to Abbott’s at the suggestion of a friend, who owns a seafood restaurant in WI! Bill was pleasantly surprised to be given the honor of First Place, and graciously agreed to be interviewed by WTNH. Mike Urban is the author of ‘Lobster Shacks: A Road Guide to New England’s Best Lobster Joints and a friend, Joe, decided to make the trek to Abbott’s for opening day. Mike graciously offered a signed copy of his book to our 1st place winner! ‘We’ve been coming to Abbott’s since about 1970! We come here for different summer events (birthdays, anniversary, etc … and, of course, Opening Day!” Happened to travel to Abbott’s Lobster in the Rough… not realizing that they’d be the FIRST CUSTOMERS for 2013! They were pleasantly surprised to be given the honour of First Place, and graciously agreed to be interviewed by WTNH. Arrived on Wednesday – two days ahead of opening day! They set up camp – in the rain! – and spent two nights awaiting the Friday noon opening! 2012 SECOND PLACE:
From River Edge, NJ
Distance: ~ 134 miles
Driving Time: ~ almost 3 hours’Once you eat a lobster at Abbott’s, you can’t enjoy a lobster anywhere else! That’s why we love coming to Abbott’s Lobster!’ 2012 HONORABLE MENTION:
Paul Maursov
Our loyal and local patrons are our pride and joy at Abbott’s, just as much as our lobster lovers who travel far and wide! Paul is from East Lyme, and dines at Abbott’s throughout the season, but makes it a goal to dine on Opening Day AND Closing Day, too! 2010 WINNERS:
From West Hartford, CT
Distance: ~60 miles
Driving Time: ~1 hour 15 minutes
Arrived at 10 am on Thursday
a full day ahead of opening 2009 WINNERS:
From Philadelphia, PA.
Distance: ~230 miles
Driving Time: ~4 hours
These fellows arrived in Abbott’s parking lot at 2AM!! “We changed the way the race is won!” – Ned Rock Left to Right:
Ali Hunnicut, Benjamin Fernandez & Jake Williamson
Ali and Benjamin will be holding their wedding rehearsal dinner here at Abbott’s in September. Jake will be the Best Man. Congratulations!! 2008 WINNER:
Rose & Jim Aiello
River Edge, NJ.
Abbotts opening day 2008 coincided with Jims 60th birthday. Naturally, he wanted a special treat to celebrate the grand occasion. So..he a Rose left their NJ home and made the 130 mile 2½ hour drive to Noank in order to try for being customer #1. They made it! Congratulations Rose & Jim! 2008 PLACE:
Ms. Phyllis Lapuc.
Noank, CT
One of our very favorite long time customers, Phyllis, despite being in recovery from major surgery, trekked from the other side of Noank to win 2nd place in this years great race! Congratulations Phyllis! 2008 SHOW:
Smith-McArdle group
All residents of the local area.

Hail, Hail, the gangs all here! The Smith-McArdles captured the show position in this years race. Congratulations to all of you! 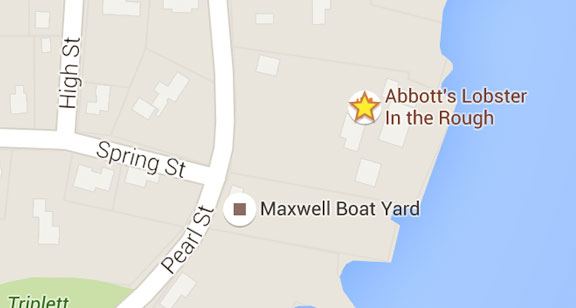 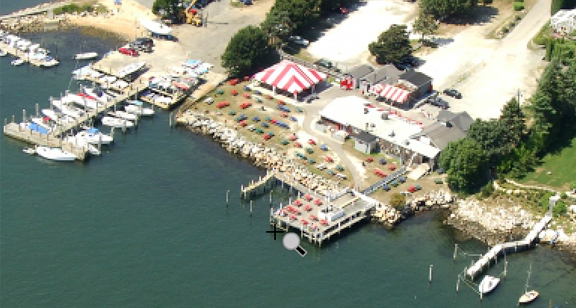 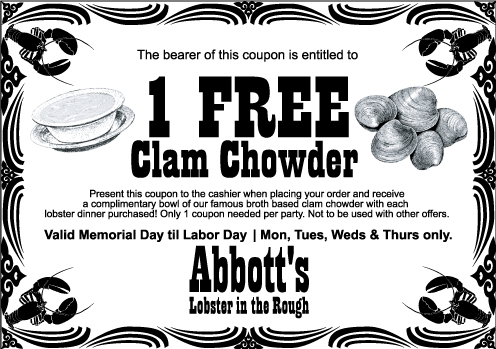